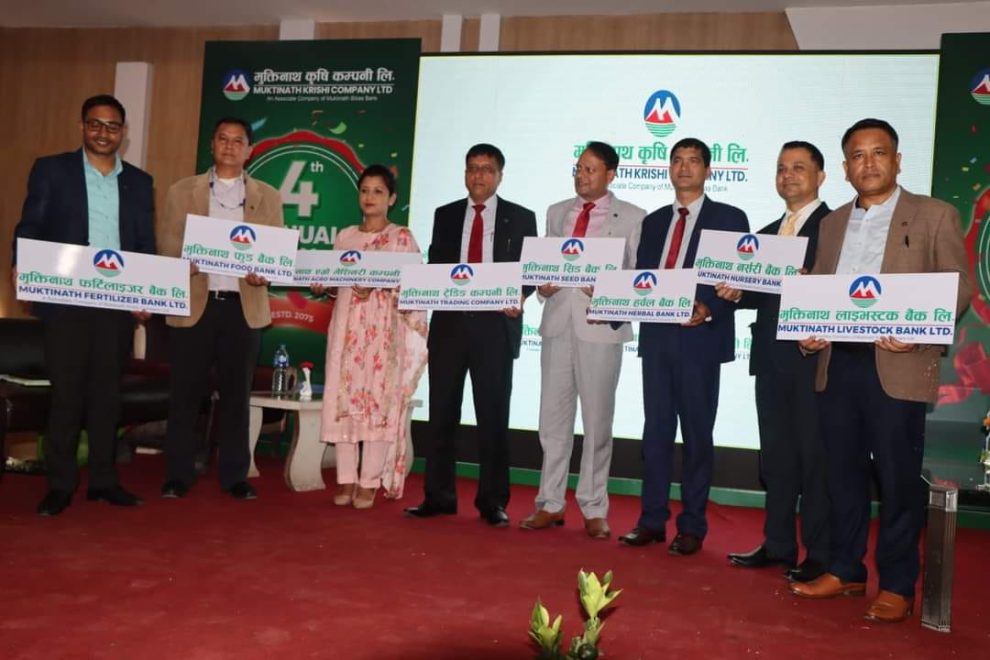 Kathmandu. The danger of Nepali farmers being robbed by the Muktinath Agricultural Company, which is said to be operating in collaboration with the Muktinath Development Bank, is increasing.

Muktinath Agricultural Company is currently engaged in various cheap publicity campaigns for approval to distribute shares of the company to ordinary farmers by showing the company to be profitable despite the loss of crores of rupees.

The Muktinath Company, which was unable to import chemical fertilizers after entering into an agreement with an agricultural material company, has also filed a writ petition in the Supreme Court to save its 80 million rupees from being confiscated.

According to the agricultural material company, the case is still pending.Currently, Mukrinath Company has launched 8 different companies under the name of Mukrinath. Agricultural experts say that the danger of farmers being cheated by these companies is increasing.

What is Muktinath Fertilizer Bank announced by Muktinath Agricultural Company? Is this a safe place to store manure? The employees working in the same company say that the company which cannot bring the required subsidy to the farmers after getting the chemical fertilizer contract is cheating the farmers in the name of Fertilizer Bank.Those employees, on condition of anonymity, said that the chairman does not know how the company is run, from the fertilizer vac to the livestock vac, which was announced under the Muktinath Agricultural Company. He also alleges that this is only a major way to open shares and collect public funds.

However, whatever the Muktinath company is doing now, it does not seem to be working in accordance with the law. Nothing has been done except the work of middlemen to sell the materials produced by the farmers under the brand name of Muktinath.

Therefore, farmers and agricultural workers have been suggested to invest or put shares only after studying the 8 companies announced by Muktinath in the name of the bank.