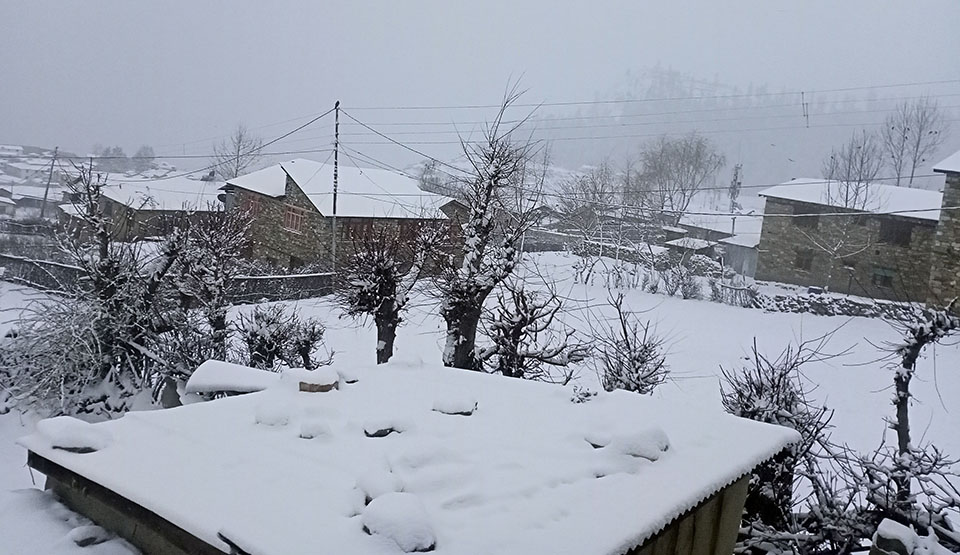 Bhojpur: Daily life of the people has been affected due to heavy snowfall in the upper region of Bhojpur. Snow as high as one to two feet has fallen in places like Suntale, Baghkhor, Dhapkharka, Mayungdanda, Temke Danda and Chakheva Bhajyang, according to the locals.

Meanwhile, farmers are excited as it has been snowing and raining for a long time. Lakpa Dorji Sherpa, a farmer of Temkemayung-5, said that it was easy to cultivate the land due to the snowfall while preparing it for planting potatoes and maize.

However, Shiva Kumar Bista, a local, said that there was a problem in saving the cattle due to the cold weather. He also said that children and the elderly have been directly affected by the cold.

With the increase in the number of people coming to play in the snow, the pressure of customers has increased in the hotels and shops operating in Suntale, Chakheva, Baghkhor and other places. Hotelier Ganesh Kumar Tamang of Baghkhor said that hundreds of domestic tourists visit the area daily. “The number of domestic tourists visiting here has increased after the snowfall. The business is booming. ”