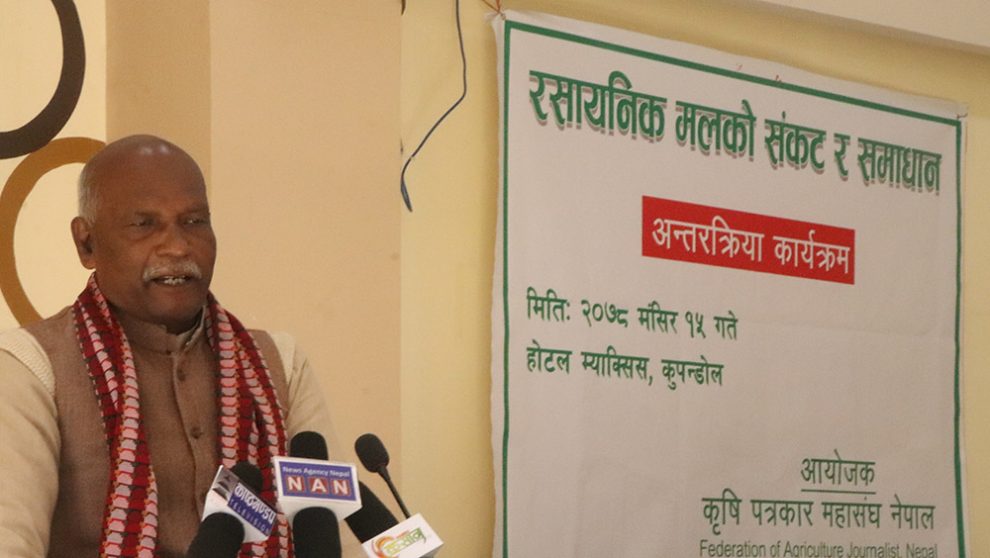 Kathmandu : Minister for Agriculture and Livestock Development Mahindra Ray Yadav asserted that the inflation in the international market had led to the crisis for fertilizer.

Addressing an interaction programme organized by the Federation of Nepal Agricultural Journalists here today, Minister Yadav argued that the old Procurement Act had also affected the procurement of the fertilizer in the country. 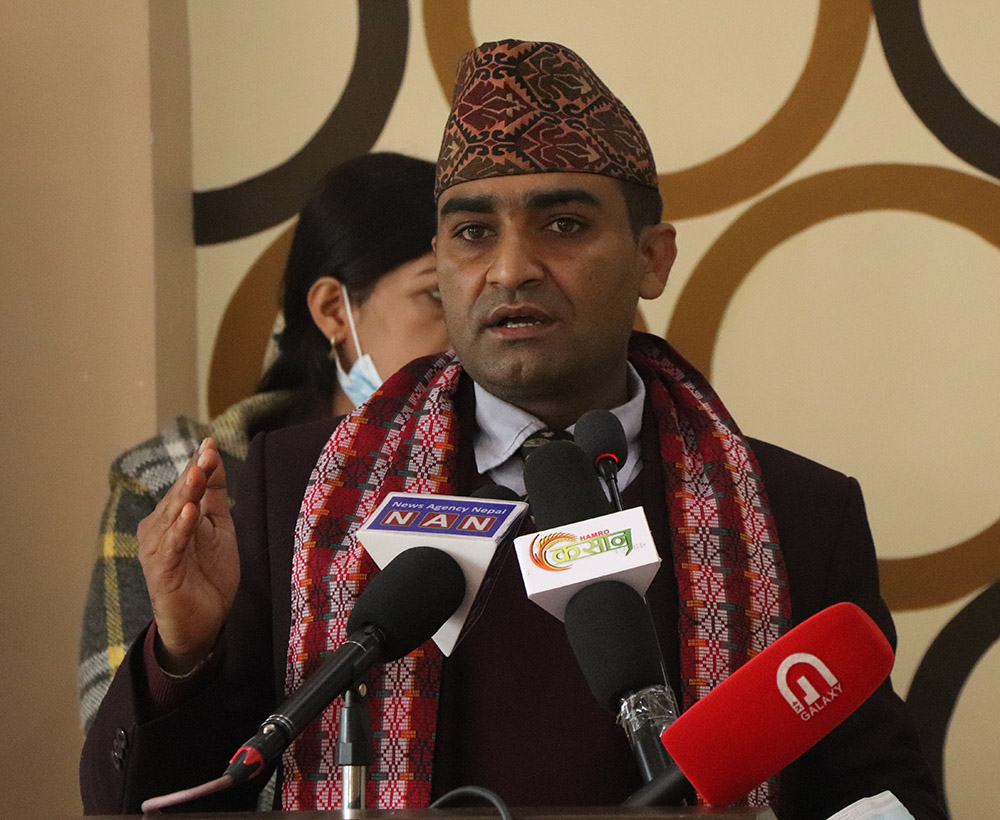 “Until the agriculture area is enriched, the Nepali citizens cannot attain prosperity. We are effortful to set up fertilizer factory in to prevent the shortage of fertilizer in the country,” the Minister said.

He was of the view that construction of fertilizers in all seven provinces and management of ports and roads in bordering areas would also go a long way in addressing the issues relating to fertilizers.

Minister Yadav shared that the farmers in our country were facing fertilizer related issues due to lack of budget for procurement on the part of the government.

Also, the internationally increase in the price of the fuel used to produce fertilizers had also aggravated the problem in terms of procurement of the fertilizers. “It would be easier to bring in the fertilizer if there was a godown in the Rasuwagadhi-Kerung check point,” he opined.

Similarly, secretary at the Ministry of Agriculture and Livestock Development Rajendra Prasad Mishra shared that they were working to ease the Procurement Act to facilitate the fertilizer procurement and distribution process.

He also informed that the listing of the farmers in the country was underway.

Likewise, National Farmer’s Group Federation secretary Ramhari Sharma said that there would be recordkeeping of how much fertilizers a farmer would consume during the monsoon and winter farming.

Expressing concern over the increasing number of farmers using fertilizers instead of biodegradable manure, he said that the agriculture profession was degrading the increasing dependency of the farmers on fertilizers.

Salt Trading Corporation Limited’s departmental chief Pankaj Joshi said that the government should seek solutions to fertilizers once for and all while seeking alternative to the fertilizer.

China-Nepal expert Dinesh Khanal viewed that more and more farmers would be further attracted to agriculture if the farmers could avail fertilizers easily.

Other participants voiced for construction of storage facility or godown to address the fertilizer shortage related issues.

Federation’s  chairperson Baikuntha Bhandari  spoke of the need to categorize the farmers and provide fertilizers accordingly.